Channel 24 had previously been WMFE-TV, the main ETV and PBS outlet for Central Florida from 1965 to 2011, when then-owner Community Communications dropped PBS programming in preparation for a sale. In response, the University of Central Florida (UCF) and Brevard Community College (BCC) partnered to approve the creation of WUCF-TV, a new PBS station to serve the Central Florida market. The station operated on the primary digital channel of BCC's PBS station, WBCC. Days after the agreement was reached to replace WMFE, Daytona Beach PBS station WDSC-TV announced that it would cease its affiliation with PBS due to financial hardship, leaving WUCF as the only PBS affiliate in Central Florida. In 2012, PBS programming returned to WMFE, as the station's ownership announced that it would sell all of the station's assets, except the studio facilities, to UCF for $3.3 million. In September 2012, WMFE was relaunched as WUCF following approval from the Federal Communications Commission (FCC).

WMFE-TV finally went on the air on March 15, 1965 from the campus of Mid Florida Tech. After only two years of operation, Orange County Public Schools became the sole operator of the station. In the early 1970s, the school district sold the station to Community Communications, a non-profit organization that would continue to operate the station for nearly four decades. In 1978, WMFE moved to the Union Park neighborhood east of Orlando, on the corner of SR 50 and O'Berry Hoover Road at the studios previously used by defunct independent station WSWB-TV.

In Fall 2010, Community Communications indicated it was suffering financial hardships that had led to furloughs. On April 1, 2011, WMFE announced that it would sell the station due to these financial difficulties and "critical uncertainties in federal and state funding". After WMFE-TV disaffiliated from PBS, V-me became the station's primary programming. Community Communications initially planned to sell the station to Community Educators of Orlando, a nonprofit controlled by Marcus Lamb, head of the Daystar Television Network. The new owners planned to air Daystar programming, but also intended to partner with UCF to air educational programming. In April 2012, WMFE ended the planned sale, saying "the current deal we had in place was being drawn out longer than we anticipated" and that "The market conditions have changed in a favorable way to be able to pursue other options for WMFE." The deal had foundered when the Federal Communications Commission questioned whether Lamb and the Daystar-aligned nonprofits were qualified to buy WMFE and another former PBS outlet, KDYW (formerly KWBU-TV) in Waco, Texas. Specifically, the FCC questioned whether the nonprofits listed as the prospective owners of WMFE and KDYW were actually straw buyers for Daystar, and also doubted whether the stations would air enough educational programming to meet the conditions for the stations' noncommercial licenses.

When news spread of the sale of WMFE in 2012, a campaign was undertaken by local residents and students at UCF to try to keep an active PBS station in the Orlando market. On May 26, 2011, the UCF Board of Trustees approved a partnership with BCC to create WUCF-TV, the new primary PBS station for Central Florida. The new station leased the primary digital channel of WBCC, the PBS outlet owned by Brevard Community College, and operated from WBCC's facilities. However, BCC retained its license and the WBCC call letters. On June 2, PBS approved the creation of WUCF and announced that it would become Central Florida's primary PBS channel. The new station became the Orlando market's only PBS station, as WDSC-TV in Daytona Beach left PBS on July 1, concurrent with WMFE's departure from PBS and the launch of WUCF.

On June 21, 2012, Community Communications - the owners of WMFE - announced that it planned to sell all of WMFE-TV's assets, except the studio facilities, to UCF, allowing channel 24 to resume its status as Central Florida's PBS outlet.[20] In August 2012, the FCC approved the sale of WMFE's license to UCF. UCF formally took control of channel 24 on September 26 and changed its call letters to WUCF-TV. The purchase of WMFE's license by UCF dissolved WUCF's partnership with BCC, and in November 2012, UCF completed the move of the WUCF-TV call letters and intellectual unit to the stronger channel 24. 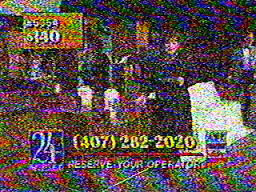 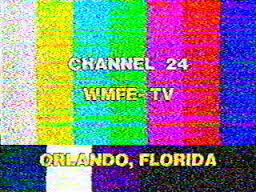