In addition to its main digital signal, WTVC can be seen off-air on a low-powered Class A repeater, WPDP-CD (virtual and UHF channel 25). Licensed to Cleveland, this station has a transmitter on Oswald Dome in unincorporated Polk County (northeast of Benton) in the Cherokee National Forest.

The station signed on-the-air in 1953 as WROM-TV, an NBC affiliate licensed to Rome, Georgia, with signal coverage that originally favored Chattanooga. It transmitted a full-powered analog signal on VHF channel 9 at 316,000 watts from a tower on Horseleg Mountain west of Rome. WROM-TV also had secondary affiliations with CBS, ABC, and the DuMont Television Network. The station lost CBS when WDEF-TV signed on in 1954. WROM-TV then carried NBC, ABC, and DuMont until 1956 when Dumont went off-the-air and WRGP-TV (now WRCB-TV) signed on and took the NBC affiliation. At that time, ABC opted to end its affiliate relationship with WROM-TV and secure secondary affiliations with WDEF and WRGP because WROM-TV's low-power signal only reached the south suburbs of Chattanooga.

WROM-TV continued as an independent station until late 1957. During its tenure as a Rome station, it claimed to be "Dixie's Largest Independent." The station ran a late-afternoon and prime-time schedule of old movies, "hillbilly" music performances (which were common on Southern TV stations in the 1950s) and occasionally, ABC TV network fare such as Omnibus.

Martin Theaters (forerunner of Carmike Cinemas) bought the station in 1957 and in December of that year, took it off the air to move the transmitter 70 miles (110 km) north to Chattanooga. Martin Theaters had petitioned the FCC for permission to move WTVM in Columbus, Georgia to channel 9. However, FCC rules mandated a certain amount of separation for stations on the same channel, and WROM provided a strong grade B signal to Columbus. The FCC normally did not allow common ownership of two stations with overlapping signals, and found that the overlap between WROM and WTVM would have been too great. The move to Chattanooga by WROM-TV satisfied the co-channel restriction.

The Chattanooga-Columbus channel reallocation was part of the last huge FCC national analog channel reallocation that saw stations in the Southeast switch frequencies not only in Chattanooga and Columbus, but also in Dothan and Montgomery, Alabama; Greenwood, Tupelo, and Laurel, Mississippi; Florence, South Carolina and High Point, North Carolina.

Ironically, Rome lost a second television frequency 40 years later, when WZGA (UHF channel 14, now Ion Television O&O WPXA-TV) moved its operations to Atlanta after several years of operation. However, unlike WROM-TV, channel 14 still has its license in Rome. WROM is still on the air on AM 710. WPXA (now carried on digital channel 31, but still virtually mapped to 14) is still licensed to Rome, while a digital fill-in translator for WSB-TV from Atlanta is licensed to Rome on digital channel 14, but mapped virtually to channel 2.

Channel 9 returned to full-power as ABC affiliate WTVC in Chattanooga on February 11, 1958. It still operates under the original license for WROM-TV. Chattanooga also became one of the smallest television markets in the country to have three VHF stations. WTVC is the only station in Chattanooga to have never had a secondary affiliation with another network.

WTVC developed a strong reputation for local programming in its early years. Among the shows that WTVC pioneered was the children's educational show Funtime with Marcia Kling. Shock Theater which aired on Saturday nights developed a cult following with WTVC Programming Director Tommy Reynolds dressed up as Dracula with the moniker "Doctor Shock" alongside his irreverent sidekick "Dingbat". The Bob Brandy Show which aired in the afternoons featured cartoons and kids activities hosted by WTVC advertising executive Bob Brandy, his wife Ingrid, and their horse Rebel.

In 1969, Martin Theaters was sold to Augusta, Georgia businessman J.B. Fuqua. Fuqua also owned WJBF-TV in Augusta, WTVW in Evansville, Indiana, and KTHI-TV (now KVLY-TV) in Fargo, North Dakota. Over the next few years each station was sold with WTVC being purchased in 1980 by the Belo Corporation of Dallas, Texas. In 1984, Freedom Communications bought the station along with KFDM in Beaumont, marking the newspaper chain's second television acquisition. Belo put WTVC and KFDM on the market after it announced plans to purchase Corinthian Broadcasting from Dun & Bradstreet so that the company could comply with the FCC-mandated ownership limit of five VHF television stations which was in effect at the time.

When WTVC moved its operations to Chattanooga, it opened a studio near its transmitter on Signal Mountain. In 1960, it moved to new facilities in the Golden Gateway Shopping Center in downtown Chattanooga next to a Zayre department store. Over the years, however, the station outgrew the building. In January 2000, WTVC moved into new digitally-equipped 26,000-square-foot (2,400 m2) studios located adjacent to the Highway 58 / Highway 153 interchange.

Freedom announced on November 2, 2011 that it would bow out of television and sell its stations, including WTVC, to Sinclair Broadcast Group. The group deal closed on April 2, 2012.

Following the purchase of non-license assets from Fox affiliate WDSI-TV by Sinclair, its Fox affiliation and programming moved to WTVC's second digital subchannel.

During a transition process that was completed on October 31, 2015, WTVC's second digital channel simulcast WDSI. On that date, when Sinclair launched their new network Comet, the Fox schedule and the intellectual unit for WDSI's main signal moved permanently to WTVC-DT2 under the on-air moniker Fox Chattanooga. The programming on This TV which had been on WTVC-DT2 moved to WDSI's main signal, with Comet launching on WDSI-DT2; the MyNetworkTV subchannel was moved to WFLI-DT2, with the MeTV signal which had been carried on that slot moved to WFLI-DT3. Cable, satellite, and EPB viewers saw no change in any channel slots, as WTVC-DT2 took over the former channel slots for WDSI's main signal. 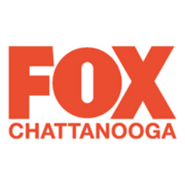