Along with sister station WCHS-TV in Charleston, West Virginia, WSYX also doubles as a default ABC affiliate for the Marietta, Ohio–Parkersburg, West Virginia market as that area doesn't have an ABC station of its own, serving the Ohio side of the market, though this does not apply to all cable or satellite carriers. WSYX also serves as the ABC and Fox affiliate of record for the Zanesville, Ohio market.

The station began operations on September 29, 1949, as WTVN, Columbus' second television station. At its launch, the station was owned by Picture Waves Inc., a company controlled by Toledo-based attorney and investor Edward Lamb; Lamb also owned WICU-TV in Erie, Pennsylvania, which went on the air six months earlier. WTVN was an affiliate of the DuMont Television Network at its inception, and was one of only three primary affiliates of that network; it also carried a secondary affiliation with ABC. Channel 6 became a full-time ABC affiliate in 1955, after DuMont closed down its operations. During the late 1950s, the station was also briefly affiliated with the NTA Film Network. The station was first housed within the Lincoln-LeVeque Tower in Downtown Columbus until 1952, when it moved into a new facility on Harmon Avenue in Franklinton. Channel 6's present home, on Dublin Road near the Columbus-Grandview Heights border, has been in operation since 1977.

In March 1953, Picture Waves sold WTVN to Radio Cincinnati, Inc., the broadcasting interests of the Taft family of Cincinnati. The following year, Radio Cincinnati purchased WHKC radio (610 AM) in Columbus from the publishers of the Cleveland Plain Dealer, renaming that station WTVN (AM) and subsequently adding a -TV suffix to channel 6's call sign. Radio Cincinnati would later become the Taft Broadcasting Company, and Taft would launch a second radio station in Columbus, WTVN-FM (96.3 FM, now WLVQ), in April 1960.

In the early 1970s, Taft's common ownership of WTVN-TV and WKRC-TV (channel 12) in Cincinnati was given protection under a "grandfather clause" by the Federal Communications Commission (FCC) from its newly enacted "one-to-a-market" rule. The ordinance prohibited television stations with overlapping signals from sharing common ownership while protecting existing instances. WKRC-TV's signal provided at least secondary coverage to much of the southern portion of the Columbus market. One of WTVN-TV's competitors, Crosley/Avco-owned WLWC (channel 4, now WCMH-TV), was given grandfathered protection through a similar situation with sister stations in Dayton and Cincinnati.

In 1987, Cincinnati financier (and future Cincinnati Reds owner) Carl Lindner acquired a majority of Taft's shares in a hostile takeover, renaming the company Great American Broadcasting, a subsidiary of his Great American Insurance Company. The manner in which the takeover was structured led the FCC to deem it to be an ownership change. As a result, WTVN-TV lost its grandfathered protection and could not be retained by Great American. A group of former Taft Broadcasting shareholders, led by Texas millionaire Robert Bass (who also participated in the hostile takeover), purchased WTVN-TV for their new company, called Anchor Media. The sale closed on August 31, 1987, and the new owners renamed the station WSYX that same day. The change was required as FCC rules at the time prohibited TV and radio stations with separate ownership in the same market from retaining the same base callsign. WTVN and WLVQ-FM remained owned by Great American for several years.

Anchor Media, who also purchased ABC affiliates WLOS in Asheville, North Carolina (in April 1987) and KOVR in Stockton, California (in January 1989, now a CBS O&O), was purchased by River City Broadcasting in 1993. River City was merged into the Sinclair Broadcast Group in 1996. Sinclair owned Columbus' Fox affiliate, WTTE, but could not keep both stations since the FCC did not allow common ownership of two stations in a single market. Sinclair kept the longer-established WSYX and sold WTTE to Glencairn, Ltd., owned by former Sinclair executive Edwin Edwards. However, the Smith family (Sinclair's founding owners) controlled nearly all of Glencairn's stock. In effect, Sinclair now had a duopoly in Columbus in violation of FCC rules. Sinclair and Glenciarn further circumvented the rules by merging WTTE's operations with those of WSYX under a local marketing agreement, with WSYX as the senior partner.

In 2001, after the FCC allowed duopolies, Sinclair tried to acquire Glencairn outright. However, the FCC would not allow Sinclair to repurchase WTTE for two major reasons. First, the FCC does not allow duopolies between two of the four highest-rated stations in a single market. Also, the Columbus market, despite its relatively large size, has only seven full-power stations—too few to legally permit a duopoly. Glencairn was renamed Cunningham Broadcasting but is still effectively owned by Sinclair because nearly all of its stock is owned by trusts controlled by the Smith family. This situation is one of many that has led to allegations that Cunningham is simply a shell corporation used by Sinclair to circumvent FCC ownership rules.[citation needed] Sinclair would later acquire WKRC-TV in 2012, reuniting the station with WSYX.

In 2004, WSYX (along with other ABC affiliates owned by Sinclair, including sister stations WKEF in Dayton [which had recently switched back to ABC from NBC] as well as WCHS-TV which includes parts of Southern Ohio in its viewing area) preempted the special showing of Saving Private Ryan in late 2004 due to concerns that the FCC would impose a fine on them if they had aired the World War II-set movie due to the Super Bowl XXXVIII halftime show controversy earlier that year. As ABC affiliates owned by the E. W. Scripps Company also preempted the film (including WEWS-TV in Cleveland and WCPO-TV in Cincinnati), only viewers in the far eastern (WYTV) and northwestern (then-ABC O&O WTVG in Toledo) parts of Ohio were able to view the film. It was later determined that the movie's broadcast was not a violation of FCC regulations.

At one point, WTVN-TV/WSYX was one of five ABC affiliates owned by Taft, owing to a longtime friendship between Taft's chairman Hulbert Taft Jr., and then-ABC president Leonard Goldenson. WSYX is the only one of these stations still affiliated with ABC, the only former Taft station whose ABC affiliation survives that friendship. Following the sale of WCMH-TV by NBC to Media General in 2006 (as well as its subsequent merger with Nexstar Media Group in 2017) as well as WBNS-TV's 2019 sale to Tegna Inc., WSYX currently has the longest active ownership history with one owner among Columbus's "Big Three" affiliates.

On January 7, 2021, as part of Columbus' adoption of ATSC 3.0, Sinclair began simulcasting WTTE's main programming onto WSYX 6.3, while moving Antenna TV to the newly created 6.4. Sinclair then announced the next day that it had quietly moved WTTE's intellectual property, including the Fox affiliation, to WSYX and that WTTE's main signal was now an affiliate of Sinclair-owned TBD, with WTTE's Fox programming and other related programming now on 6.3 permanently. The simulcasting, done as a transitional period for over-the-air viewers to get adjusted to Fox programming on 6.3 instead of 28.1, ended on February 3 at 10 AM, when 28.1 began airing TBD.

With the move of WTTE's intellectual property to WSYX 6.3, this makes WSYX by far the largest subchannel-only Fox affiliate, surpassing Albuquerque, New Mexico's KRQE for that distinction, as well as the largest station by market size with dual affiliation of two "Big Four" networks (also surpassing Albuquerque), and the second-largest station by market size after KFMB-TV in San Diego to have a subchannel-only affiliation of any of the five major networks including The CW, surpassing sister station WKRC-TV in the process. Much like other situations where Sinclair has merged two separately-licensed signals onto one, WSYX 6.3 is expected to keep the "Fox 28" on-air branding, but will now identify with the WSYX call sign instead of WTTE for station identification purposes; coincidentally, WSYX's digital channel is also 28.

In April 2021, Antenna TV and Stadium swapped channels, with Stadium moving to 6.4 and Antenna TV moving to WTTE 28.2. 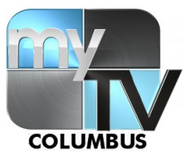