WICZ-TV, virtual channel 40 (VHF digital channel 8), is a Fox-affiliated television station licensed to Binghamton, New York, United States and serving the Eastern Twin Tiers of Southern Upstate New York and Northern Pennsylvania. The station is owned by the Stainless Broadcasting subsidiary of Northwest Broadcasting, and is sister to low-powered MyNetworkTV affiliate WBPN-LP, channel 10 (which WICZ simulcasts on its second digital subchannel). The two stations share studios on Vestal Parkway East (NY 434) in Vestal; WICZ's transmitter is located on Ingraham Hill Road in the town of Binghamton. The station can also be seen on Charter Spectrum channel 3 and in high definition on digital channel 1206.

The station signed on November 1, 1957 as WINR-TV, the area's second television station, and aired an analog signal on UHF channel 40. The station was originally owned by the Gannett Company (which purchased the station just before its launch) along with WINR radio (680 AM) and the Binghamton Press. WINR-TV was primarily an NBC affiliate, though it also carried some ABC programming before WBJA-TV (channel 34, now WIVT) went on the air in 1962. Broadcast tower manufacturer Stainless, Inc. acquired WINR-TV in 1971 and changed its call letters to WICZ-TV (named for company owner Henry Guzewicz). That fall, the station moved to an 870-foot (270 m) tower on Ingraham Hill; it had previously shared a transmitter location with WINR radio.

In November 1995, WICZ-TV announced it would be dropping its NBC affiliation and switching to Fox; the station stated that the switch would allow it to expand its news programming. WICZ already had a secondary affiliation with Fox to carry Fox Kids, which resulted in the station beginning to preempt much of NBC's programming (especially its daytime soap operas). Other Fox programming was only available on cable via either Foxnet or out-of-market stations such as New York City flagship WNYW. The affiliation change took place April 4, 1996, after WICZ's contract with NBC expired.[8] NBC programming was then seen on cable via a localized version of Elmira's WETM-TV; the network regained an over-the-air affiliate in Binghamton a year later when WETM's owners, Smith Broadcasting, purchased WBGH-LP (channel 8, now WBGH-CD channel 20) and made it a semi-satellite of WETM.

Stainless, whose holdings by this point included its tower manufacturing business, WICZ-TV, and KTVZ in Bend, Oregon, was sold to Northwest Broadcasting for $17 million in 1997. Though Northwest would sell the Stainless tower company to SpectraSite Holdings in 1999, it still owns WICZ under the Stainless Broadcasting name to this day. During the late 1990s, WICZ added a secondary affiliation with UPN; in 2000, Northwest bought W10CO (channel 10), changed its call letters to WBPN-LP, and moved UPN programming there.

On September 16, 2013, it was announced that Mission Broadcasting would acquire WICZ-TV and WBPN-LP from Stainless Broadcasting. Upon the deal's completion, the stations' operations would have been taken over by Nexstar Broadcasting Group, making them sister stations to WIVT and WBGH-CA. Stainless withdrew the license assignment application on March 18, 2015, following the deal's cancellation. 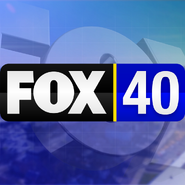 Add a photo to this gallery

Retrieved from "https://tvstations.fandom.com/wiki/WICZ?oldid=13530"
Community content is available under CC-BY-SA unless otherwise noted.