CT (postal abbreviation for Connecticut)
and
"The X" (past branding)

WCTX is available on channel 9 on almost all of Connecticut's cable systems, this is reflected in the station's on-air branding "MyTV9". Like sister station WTNH, WCTX has a large Fairfield County audience as well. This area is part of the New York City television market, which is where MyNetworkTV flagship WWOR-TV is based. WCTX is considered an alternate ABC affiliate, airing that network's programs when WTNH is unable to do so due to extended breaking news coverage or a local special.

As early as 1953, a construction permit for the analog UHF channel 59 allotment was issued by the Federal Communications Commission (FCC) and was originally owned by the Connecticut Radio Foundation. However, the group was never able to get the station on-the-air and sold the permit to Impart Systems in 1967. In 1971, the then-owner of NBC affiliate WHNB (channel 30) built a low-power translator on UHF channel 59 in New Haven (W59AA licensed to West Haven[1]). Although WHNB had boosted its power to cover New Haven a few months earlier, some areas in Southern Connecticut still could not get a good signal from the station.

On April 3, 1995, the station finally began broadcasting as a WB affiliate with the callsign WTVU under a local marketing agreement (LMA) with LIN TV, owner of WTNH Before WTVU's sign on, The WB's programming had been shown on WTNH following its late newscast on Saturday nights (The WB only offered two hours a week of programming at that point).

The LMA also allowed WTVU to broadcast strong syndicated programs, mostly barter shows and second runs from WTNH. It also ran classic sitcoms and drama shows such as Hawaii Five-O, Perry Mason, M*A*S*H, I Love Lucy, Happy Days, The Honeymooners, The Andy Griffith Show, The Beverly Hillbillies, I Dream of Jeannie, Bewitched and Gilligan's Island among others that were removed from the schedules of WTXX (channel 20, now WCCT-TV) and WTWS (channel 26, now Ion Television owned-and-operated station WHPX-TV) some years back. It also picked up the rights to telecast Hartford Whalers hockey games, which aired on the station until the team became the Carolina Hurricanes in 1997.

On April 1, 1996, the station changed its call letters to WBNE (for "WB New England"). After Tribune Broadcasting (a minority owner of The WB) purchased then-UPN affiliate WTXX, WBNE and that station swapped network affiliations on January 1, 2001. With the new network relationship came the current WCTX calls and use of the on-air identity "The X". That identity was used in lieu of the conventional "UPN (channel number)" branding. LIN TV purchased WCTX outright in 2002. On September 19, 2005, WCTX became known as "UPN 9," highlighting its cable channel position in some areas. This branding was the same as WWOR in New York City, a station that is available over-the-air and on cable in Southwestern Connecticut.

On January 24, 2006, CBS Corporation and the Warner Bros. Entertainment unit of Time Warner announced that UPN and The WB would cease broadcasting and merge their programming inventories to create a new network called The CW. WTXX was chosen as Connecticut's CW affiliate after its owner Tribune announced a ten-year deal with the upcoming network leaving WCTX to tentatively become an independent station once again. However, on April 26, WCTX announced it would join MyNetworkTV (a second new network launched by News Corporation).

MyNetworkTV began broadcasting on September 5, and as a result, the station did not carry the final two weeks of UPN programming. With its new network affiliation, the station changed its branding to the current "MyTV9". As of the 2007–2008 season, University of Connecticut men's basketball games now air primarily on WCTX while a handful of games air on sister station WTNH. It recently signed a multi-year television deal with the WNBA's Connecticut Sun to broadcast select regular season games as well.

Until March 31, 2008, WCTX served as the default MyNetworkTV affiliate on Charter Communications cable systems for the Springfield–Holyoke, Massachusetts market as that area did not have an affiliate of its own. On that date, ABC affiliate WGGB-TV added the network as a secondary affiliation on its new Fox-affiliated second digital subchannel. WCTX is still seen on Charter. WCTX was also repeated on W11BJ (now WFXQ-CD) from a transmitter on Rattlesnake Mountain in Farmington from 2004 until 2006 while LIN TV built a new transmitter for that channel and moved its city of license to Springfield.

On March 21, 2014, Media General announced that it would purchase LIN Media and its stations, including WTNH and WCTX, in a $1.6 billion merger. The merger was completed on December 19.

On September 8, 2015, Media General announced that it would acquire the Meredith Corporation for $2.4 billion, with the combined group to be renamed Meredith Media General once the sale is finalized. Because Meredith already owns WFSB, and the two stations rank among the four highest-rated stations in the Hartford–New Haven market in total day viewership, the companies would have been required to sell either WFSB or WTNH to comply with FCC ownership rules as well as recent changes to those rules regarding same-market television stations that restrict sharing agreements; WCTX would have been the only one of the three stations affected by the merger that could been legally be acquired by Meredith Media General, as its total day viewership ranks below the top-four ratings threshold. However, on January 27, 2016, Nexstar Broadcasting Group announced that it had reached an agreement to acquire Media General, resulting in the termination of Meredith's acquisition by Media General.

On December 3, 2018, Nexstar announced it would acquire the assets of Chicago-based Tribune Media—which has owned Fox affiliate WTIC-TV (channel 61) since 1996 and CW affiliate WCCT-TV (channel 20) since 2001—for $6.4 billion in cash and debt. Nexstar is precluded from acquiring WTIC and WCCT directly or indirectly, as FCC regulations prohibit common ownership of more than two stations in the same media market, or two or more of the four highest-rated stations in the market. (Furthermore, any attempt by Nexstar to assume the operations of WTIC and WCCT through local marketing or shared services agreements may be subject to regulatory hurdles that could delay completion of the FCC and Justice Department's review and approval process for the acquisition.) As such, Nexstar will be required to sell two of the stations (including one ranking in the top four in ratings) to a separate, unrelated company to address the ownership conflict, potentially creating two new duopolies. On March 20, 2019, it was announced that Nexstar would keep the WTNH/WCTX duopoly and sell the WTIC/WCCT duopoly to McLean, Virginia-based Tegna Inc. as part of the company's sale of nineteen Nexstar- and Tribune-operated stations to Tegna and the E. W. Scripps Company in separate deals worth $1.32 billion; this would make the WTIC/WCCT duopoly the first television properties in Connecticut and southern New England for Tegna. 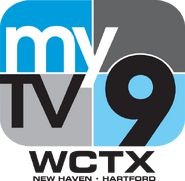