TV Stations Wikia
Register
Don't have an account?
Sign In
Advertisement
in: Television stations in Illinois, Channel 26, 1963,
and 25 more

Weigel Broadcasting
WCIU-TV, virtual channel 26 (UHF digital channel 27), is a CW-affiliated station licensed to Chicago, Illinois, United States. It serves as the flagship television property of locally based Weigel Broadcasting, and is sister to MeTV flagship WWME-CD (channel 23) and fellow independent outlet WMEU-CD (channel 48), both fellow Weigel properties that are respectively relayed on WCIU's second and third digital subchannels. The three stations share studios on Halsted Street (between Washington Boulevard and Madison Street) in the Greektown neighborhood; WCIU's transmitter is located atop the Willis Tower on South Wacker Drive in the Chicago Loop.

Founded by John J. Weigel (the father of late Chicago sportscaster Tim Weigel), the station first signed on the air on February 6, 1963, and has been owned by Weigel Broadcasting since its inception. WCIU has spent much of its history carrying multi-ethnic entertainment programming. At its sign-on, channel 26 operated as an independent station. Local businessman Howard Shapiro, who founded appliance store chain C.E.T. (Chicago Engineers for Television) and held a minority interest in the station, took over Weigel Broadcasting and WCIU in 1966.

From the late 1960s until 1984, WCIU carried religious programs during the early morning hours. The station ran The Stock Market Observer—a business news block similar in format to the present-day cable channel CNBC—from about 8:00 a.m. to 3:30 p.m. each weekday; the service broadcast from the trading floor of the Chicago Board of Trade, with WCIU originally maintaining studio facilities at the top floor of the Chicago Board of Trade Building on West Jackson Boulevard. After 5:00 p.m. each weekday, the station ran Spanish language entertainment programming—including controversial bullfighting matches—from the Spanish International Network (the forerunner to Univision). During the weekend, WCIU ran a blend of religious programs, Spanish language programs, paid programming and various other ethnically-oriented shows.

From 1965 to 1970, the station aired Kiddie A-Go-Go, a children's puppet and dance program which was hosted by Elaine Mulqueen. Several popular musical groups performed on the show, including The Four Seasons and New Colony Six. In 1970, channel 26 became the birthplace of the groundbreaking African American music program Soul Train, hosted by its creator (and then-WCIU station employee) Don Cornelius. The show later entered into national syndication and moved production to Los Angeles the following year, although WCIU continued to produce a local version of Soul Train exclusively for the Chicago market until 1976, initially and simultaneously with the Los Angeles-based version, with Cornelius himself as host, succeeded by Clinton Ghent, the main producer under Cornelius.

After WXXW (channel 20, allocation later occupied by PBS member station WYCC)—the second-to-last television station in the market that continued to broadcast in black-and-white—went dark in 1974, channel 26 remained the only television station in Chicago that still broadcast its programming in monochrome. Just prior to the Christmas season of 1974, the station installed and tested color transmission equipment, which broadcast on a low-power relay station located in Lincoln Park. In November 1974, the color and black-and-white signals traded transmitter facilities for the remainder of the holiday season; on December 31, 1974, the translator was taken offline as channel 26 started to broadcast in color full-time.

In the summer of 1984, the SIN affiliation moved to WSNS-TV (channel 44); WCIU, meanwhile, became affiliated part-time with NetSpan—which would eventually evolve into Telemundo—shortly thereafter. Later in the 1980s, Weigel Broadcasting expanded coverage of WCIU-TV to areas of western Illinois, northwest Indiana and southeastern Wisconsin through translator stations. In 1981, the station signed on W55AS (channel 55, now WBME-CD on channel 41) to relay WCIU's programming into the Milwaukee market. In 1987, WCIU launched two additional translators, W33AR (channel 33, now WFBN-LD) in Rockford, Illinois (which was converted into a simulcast of sister station WYTU-LD (channel 63) in Milwaukee in August 2012, to provide Telemundo programming into the Rockford market, as WSNS provides weak to rimshot signal coverage to that area; Telemundo eventually moved to the station's second subchannel to accommodate TouchVision, followed by H&I currently) and W12BK (channel 69, now MyNetworkTV affiliate WMYS-LD) in South Bend, Indiana.

In 1993, Univision asked WCIU to drop all of its English-language programming, including Stock Market Observer, and carry the network's programming full-time. WCIU refused, which led Univision to purchase then-English language independent station WGBO-TV (channel 66) from Combined Broadcasting for $35 million on January 10, 1993, with the intent of moving its programming there the following January. That summer, Howard Shapiro hired Neal Sabin—former program director at WPWR-TV (channel 50)—as WCIU's vice president and general manager, who decided to remake WCIU into a general entertainment independent station. On December 10, 1993, WCIU switched to an English language general entertainment format full-time and rebranded as "The U". In the spring of 1995, WCIU and low-powered sister station W23AT (channel 23, later WFBT-CA; now WWME-CD) moved their operations from the Chicago Board of Trade building into a 64,000-square-foot (5,946 m2) studio facility at 30 North Halsted Street in Chicago's Near West Side community.

Upon the conversion, channel 26 picked up most of WGBO's syndicated programming inventory, along with newly purchased shows that were not carried by any of the other Chicago stations; it also moved its remaining ethnic programming to WFBT. Channel 26's programming began to feature mostly classic sitcoms and drama series (such as The Munsters, Gilligan's Island, Hogan's Heroes, The Rockford Files and Leave It to Beaver). The station also revived the horror/sci-fi movie showcase Svengoolie, which had previously run in the market on WFLD (channel 32) in two different incarnations between 1973 and that station's conversion into a Fox owned-and-operated station in 1986; Rich Koz—who reprised the role he previously played in WFLD's Son of Svengoolie for WCIU's revival of the showcase—also co-hosted the station's New Year's Eve relaunch celebration on December 10, 1993, alongside controversial talk show host Morton Downey Jr. (who himself hosted a short-lived talk show on the station, Downey, which briefly aired nationally on CNBC later in 1995) and served as one of the "U'z Guys," a group of hosts for various blocks of the station's programming. Initially, the station continued to run the Stock Market Observer from 8:30 a.m. to 3:30 p.m. and entertainment programming in all other weekday timeslots and throughout much of the broadcast day on weekends. WCIU then added a weekday block of children's programs from 7:00 to 9:00 a.m. in March 1995.

On February 19, 1993, WCIU signed a multi-year agreement with The WB to carry the network's children's program block, Kids' WB, upon its debut on September 9, 1993. The WB's primary affiliate in the market, WGN-TV (channel 9), opted not to carry the block and continued to run its morning newscast and an afternoon sitcom block in the time slots where Kids' WB would normally air on other WB affiliates (ironically, WGN's superstation feed for cable providers outside of the Chicago area and satellite providers nationwide carried Kids' WB programming, in addition to The WB's prime time schedule). The agreement also allowed WCIU to carry WB prime time programming in the event that WGN-TV chose to pre-empt it in order to air Cubs, White Sox and Bulls evening games.

In order to make room for the Kids' WB block, the full Stock Market Observer broadcast moved to WFBT-CA, on September 9. The weekday business news programming was then reduced to a 3½-hour block from 8:30 a.m. to 12:00 p.m., a move panned by some viewers; although it cited that Weigel had "no intention of killing" the program, Sabin cited the program's niche format and limited ratings and revenue for the block's shift to WFBT, in order for channel 26 to carry more profitable entertainment programming. In 2000, the program was rebranded as "WebFN", a joint venture between Weigel and Bridge Information Systems (which also aired on Milwaukee sister station WMLW-CA). "WebFN" would eventually feature several anchors formerly employed with WMAQ radio (670 AM) after that station was replaced by sports talk outlet WSCR in 1999.

By the late 1990s, WCIU began adding more recent sitcoms; the station began to add more syndicated first-run talk and reality shows onto its daytime lineup in 1999. In September 2001, WCIU dropped the afternoon children's block, reducing children's programming to the morning hours. In September 2002, the station dropped the Kids' WB weekday and Saturday blocks, which moved to WGN-TV, resulting in that station clearing the entire WB network schedule for the first time. Classic sitcoms gradually disappeared from WCIU's schedule between 2001 and 2002 (some of these programs would find their way onto WFBT when it began running a classic television programming block called "Me-TV", which would become that station's full-time format under the callsign WWME-CA on January 1, 2003). Early in 2003, the business news format was scaled back to include only the existing syndicated program First Business, which Weigel had assumed production responsibilities for in 2001 after WebFN went bankrupt. That program continued until the end of 2012 under Weigel ownership, and the Chicago Board Options Exchange took over responsibilities for the program after that.

Switch to The CW[]

On April 18, 2019, Weigel Broadcasting signed an agreement with CBS Corporation through which WCIU-TV would take over as The CW's Chicago-area affiliate, replacing WPWR-TV, which had been carrying the network's programming since September 1, 2016, succeeding WGN-TV as the network's affiliate for Chicago as a byproduct of Tribune Broadcasting's decision to disaffiliate from the network and convert into an independent to accommodate an expanded slate of sports events – involving the Chicago Cubs, White Sox, Bulls and Blackhawks, the rights to which WGN would respectively lose to regional sports networks NBC Sports Chicago and the upstart Marquee Sports Network between the fall of 2019 and the spring of 2020 – during its prime time lineup. (WPWR will continue to serve as an owned-and-operated station of the MyNetworkTV programming service, which it moved to late prime time to accommodate the CW's evening schedule.) To accommodate the CW prime time lineup, WCIU (which will change its on-air branding to "The CW26") will move its evening lineup of syndicated programs – including freshman talk show Tamron Hall, to which it had acquired the local syndication rights one month prior, intending to have its secondary prime time airing be carried on its main channel – and the WLS-TV-produced 7:00 p.m. newscast to "The U Too" service on WMEU-CD/WCIU-DT2. 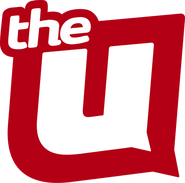