A Service of the University of Houston

KUHT, virtual and VHF digital channel 8, is a Public Broadcasting Service (PBS) member television station licensed to Houston, Texas. It is notable as the first public television station in the United States. The station is owned by the University of Houston System and operated by Houston Public Media, which also operates sister radio station KUHF (88.7 FM), a National Public Radio (NPR) member station. The two stations share studio and office facilities located in the Melcher Center for Public Broadcasting on the campus of the University of Houston, while KUHT's transmitter is located in unincorporated northeastern Fort Bend County (near Missouri City). In addition, KUHT has leased some of its studio operations to Tegna-owned CBS affiliate KHOU (channel 11) from August 2017 to February 2019 when the latter's original studios were inundated by Hurricane Harvey.

KUHT also serves as the PBS member station to the neighboring Beaumont–Port Arthur and Victoria markets as they do not have their own PBS station. It is available on cable and satellite providers in both markets.

The station was established by Dr. John C. Schwarzwalder, a professor in the Radio-Television Department at the University of Houston, and first signed on the air on May 25, 1953 as the first station to broadcast under an educational non-profit license in the United States, and one of the earliest member stations of National Educational Television, which eventually merged into PBS. KUHT, co-located with FM station KUHF, originally operated from the Ezekiel W. Cullen Building on the University of Houston campus. Its dedication ceremonies were broadcast on June 8 of that year. The station's initial cost was an investment of $350,000, and had an annual operating budget of about $110,000. Originally licensed to both the University of Houston (UH) and the Houston Independent School District, UH became its sole licensee in 1959.

The station also offered the university's first televised college credit classes. Running 13 to 15 hours weekly, these telecasts accounted for 38 percent of the program schedule. Most courses aired at night so that students who worked during the day could watch them. By the mid-1960s, with about one-third of the station's programming devoted to educational programming, more than 100,000 semester hours had been taught on KUHT.

In 1964, KUHT and KUHF moved into new studio facilities in the defunct Texas Television Center located on Cullen Boulevard, which were previously occupied by DuMont Television Network affiliate KNUZ-TV. When KNUZ-TV went dark, ABC affiliate KTRK-TV (channel 13) used the facility from KTRK's inception in 1954, until it moved to its current studios on Bissonnet Street in 1961. This studio would host both stations for the next 35 years, until the move across campus to the current Melcher Center for Public Broadcasting in 2000. KUHT purchased a new transmitter that not only enabled the station to broadcast beyond Harris County into its surrounding areas, but also to begin broadcasting in color. Five years later, in 1969, the Association for Community Television was formed to fund KUHT.

In 1970, the Public Broadcasting Service (PBS), the successor network to National Educational Television, began service, combining televised educational lectures with popular programs such as Sesame Street, NOVA and Masterpiece Theatre that remain PBS staples to this day. The station is also noted in Houston for many technical firsts at the local level. In 1981, KUHT became Houston's first television station to provide closed captioning, and 10 years later, in 1991, it became the first station in Houston to offer Descriptive Video Service audio, and other services for the visually impaired as well as bilingual viewers via a secondary audio program feed.

In 1982, with assistance from KTRK and then-independent station KRIV (channel 26, now a Fox owned-and-operated station), KUHT began operating a new transmitter located near Missouri City – making it one of several television and radio stations that now broadcast from that location. KUHT was known on-air as "Houston Public Television" for many years before adopting the "HoustonPBS" moniker in the early 21st century. From 1993 into the early 2000s, KUHT's logo also did not include the number 8, but used a logo similar to the ones used by Detroit's WTVS and Seattle's KCTS-TV. These stations are members of LARK International, a public-television production company, which owns the sunburst-on-square logo; however, they are not related to each other. KUHT's current logo is based on the sunburst portion of that logo.

On August 21, 2000, KUHT moved to its current studios in the LeRoy and Lucile Melcher Center for Public Broadcasting on the campus of the University of Houston, where KUHT shares broadcast facilities with public radio station KUHF—both owned by and licensed to the University of Houston System—where the complex is located. The previous facility is now in use by the university's Texas Learning and Computation Center.

On March 3, 2014, KUHT, along with Houston Public Radio KUHF and Classical 91.7 KUHA (owned by the university at the time, now KSBJ-owned KXNG), were all rebranded into Houston Public Media. The station dropped the "HoustonPBS" name to assume the new name.

In late-August 2017, Tegna-owned CBS affiliate KHOU (channel 11) temporarily moved its news and broadcasting operations to Melcher Center. KHOU's Neartown facility had suffered catastrophic flooding during Hurricane Harvey. On November 16, 2017, KHOU announced it would not return to its former studios. The station remained at the Melcher Center until their new facility at 5718 Westheimer Road near Uptown Houston was completed in February 2019. 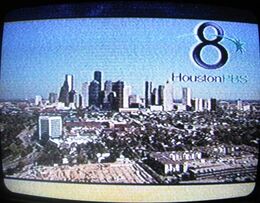 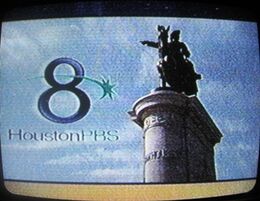 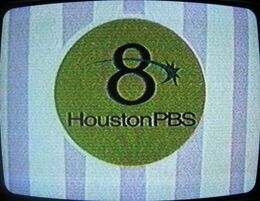 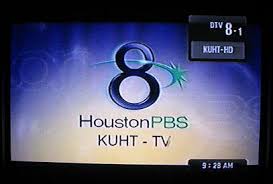 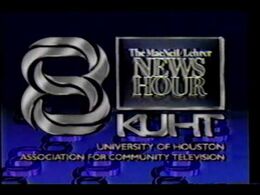 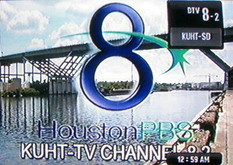 Another PBS ID form the late 2000s
Add a photo to this gallery
Retrieved from "https://tvstations.fandom.com/wiki/KUHT?oldid=8065"
Community content is available under CC-BY-SA unless otherwise noted.