In addition to its main signal, KAAL operates a low-powered translatorlicensed to Mason City, Iowa. This airs a digital signal on UHF channel 33 from a transmitter in Garner, Iowa along U.S. 18. 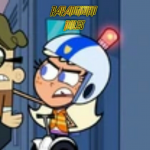